The Physics department recognizes the challenges and merit of establishing diversity represented in the student body, staff, and faculty.  This plan provides a short background of the problem and the Wake Forest Physics department’s plan to improve diversity in its own department and in a broader sense. 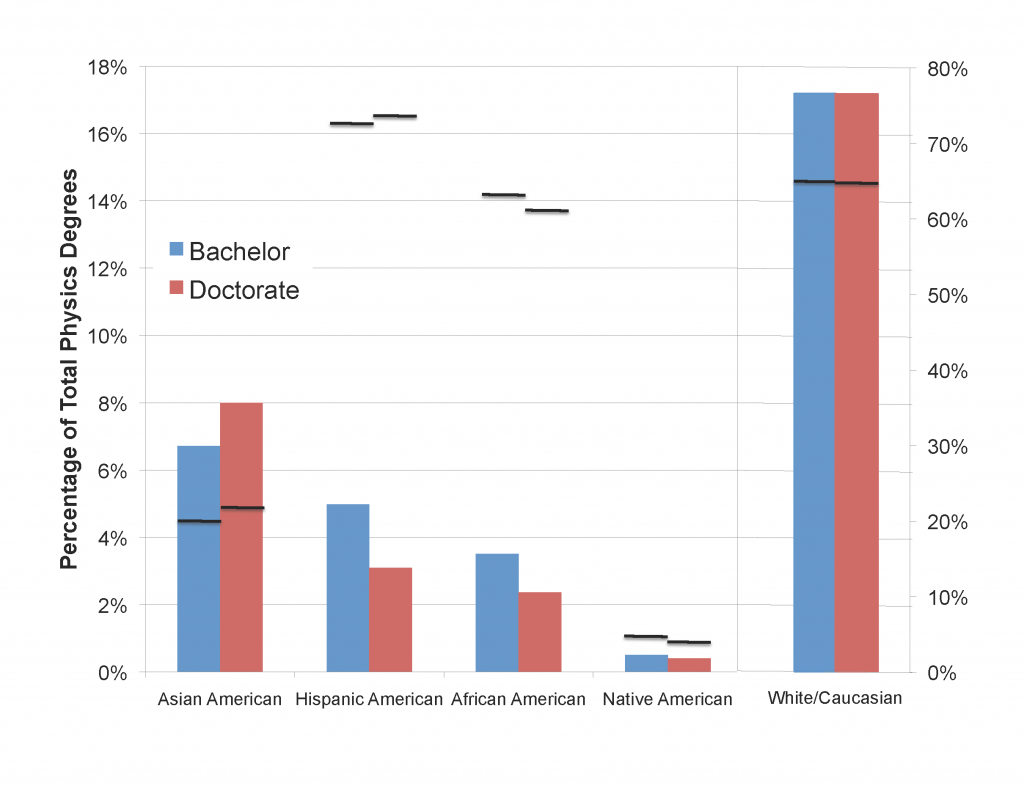 [Figure 1]
Percentage of Degrees granted to physics students.  This should be contrasted to the fact that about 13% of the population in the USA is African American and about 17% are Latino Americans. Credit: APS/Source: IPEDS Completion http://www.aps.org/programs/education/statistics/degreesbyrace.cfm

The challenge in establishing diversity in Physics is larger than in many other disciplines due to the current lack of diversity that stems from unequal representation in gender, ethnic groups, and race that begins at early ages.  Figure 1 shows the percentage of degrees granted to underrepresented minorities for 2006-2008.  African and Latino Americans are clearly under-represented.  According to the American Institute of Physics, only 2% of physics faculty in 2012 are African American and only about 3% are Latino American.[1] The low percentage of these groups earning a physics PhD can be attributed partially to disparities in STEM education for children in grades K-12 and subsequently in college where only 2.2 percent of Latinos and 2.7 percent of African Americans earned a bachelor’s degree in the natural sciences or engineering. [2] Thus there is simply not a large enough pool of applicants for graduate school among these groups. It could also be attributed to poor schools with poor teachers and fewer available AP and other advanced courses. Although the number of physics faculty who are female has been rising, it was only 14% overall in 2010 and 23% of Assistant Professors were female in 2015 (and see Figure 2).[3,4] Finally, LGBTQ physicists often experience isolation, uncomfortable or hostile environments, and do not have support systems that are needed.[5]

In the Supreme Court case of ABIGAIL NOEL FIHER vs UNIVERSITY OF TEXAS AT ET AL in 2015, a Supreme Court Justice asked “what unique perspective does a minority student bring to a physics class?” Our answer is that physics is performed by physicists and physicists are people, each with their own individual background.  Having diverse backgrounds leads to more creativity and innovation.  One example of this is that of Marietta Blau (1894-1970) who was excluded from the mainstream physics community due to her gender and religion, yet developed the nuclear emulsion technique which was vital to the development of particle physics.[6]  The famous physicist and Nobel laureate Richard Feynman was excluded from Columbia University due to his religion, yet it is hard to imagine modern physics without his contributions.[6]  Thus, establishing diversity is not only the right path from a perspective of fairness, but also from a perspective of what is best to move the field forward. 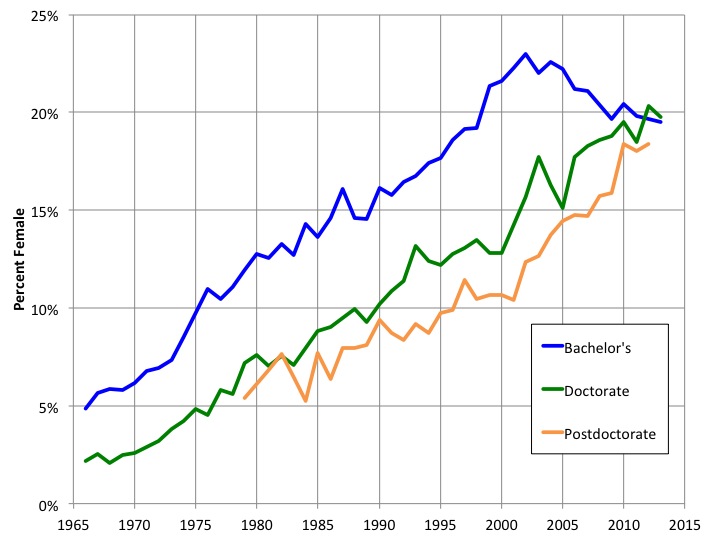 Generally we aim to increase or maintain diversity broadly defined and including attributes such as different religions, gender, sexual orientation, geographic origin, socioeconomic background, and ethnicity.   Our Action Plan to increase diversity in terms of underrepresented minorities (URM) is outlined below: